At the 2012 Annual Meeting CFDA was presented with this American Eagle statue with the following inscription:
"Presented to CFDA in appreciation for your support of Operation E.L.F. 2012." 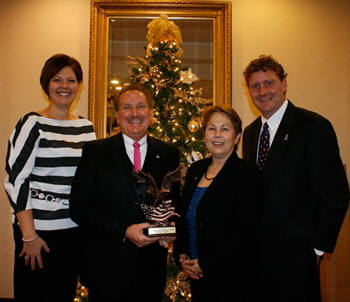 CFDA Honored as 2013 Business of the Year by Wethersfield Chamber 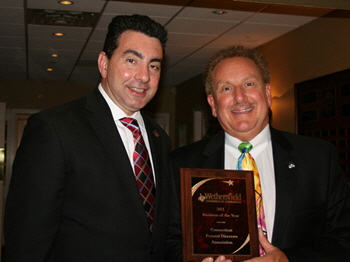 On May 15th CFDA was honored by the Wethersfield Chamber of Commerce as their local Business of the Year. Chamber President Carla Unwin introduced John Cascio and Pasquale Folino to the members gathered at the Wethersfield Country Club. The honor recognized CFDA’s efforts during the week following the tragedy at Sandy Hook Elementary School in Newtown. 2012-13 CFDA President Pasquale joined John for this photo after the ceremony. 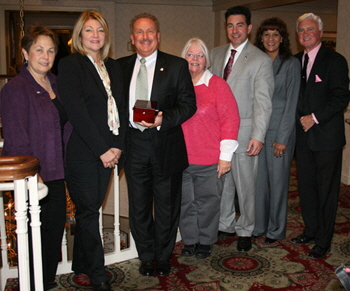 HARTFORD, CONN., November 8, 2013 – The Connecticut Society of Association Executives (CSAE) presented its 2013 “Connecticut Executive Director of the Year” award to John C. Cascio of the Connecticut Funeral Directors Association (CFDA). The presentation was made at CSAE’s annual meeting at the Inn at Middletown in Middletown, Conn.